August 27, 2020 by Ghassanhamid75@gmail.com in Construction

The Sustainable City in Dubai

What if you could live in a city with a net-zero carbon footprint? 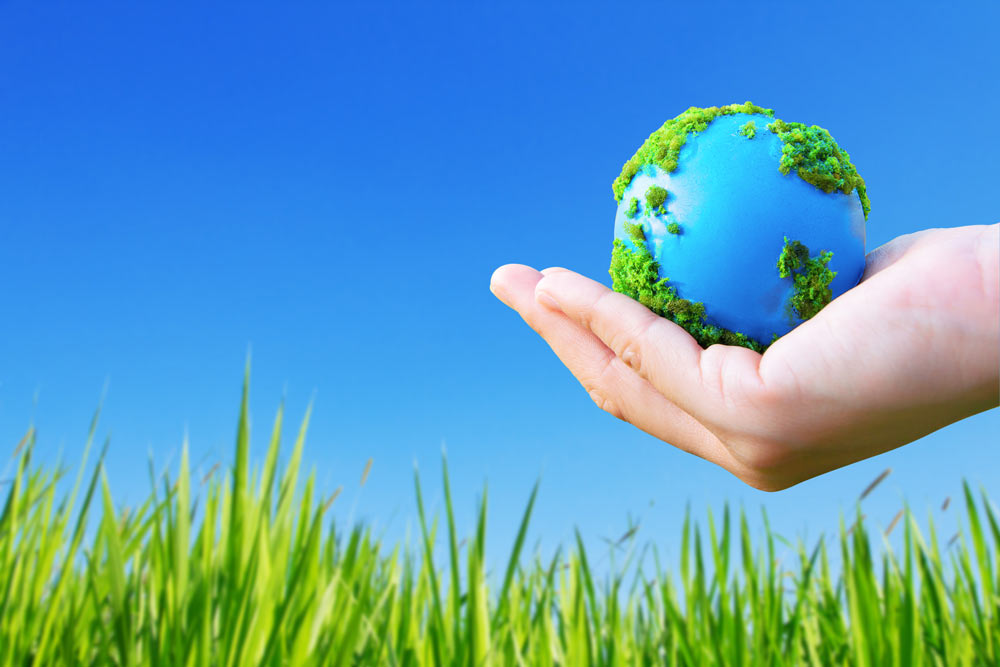 That’s the question that Faris Saeed, director of Diamond Developers in Dubai, asked himself in 2013. That year, his company made a splash at the International Property Show with plans for a $272 million, 43-hectare sustainable community. To some developers, it seemed like an ambitious, improbable idea. The UAE, famously a bastion of oil wealth, had tried sustainable communities before with mixed success. Masdar City, an early 2000s environmentalist project that never quite caught on, was fresh in developers’ minds. However, by 2015, aptly named Sustainable City was thriving on the outskirts of Dubai. What it has achieved since is nothing short of remarkable.

The name of the game at Sustainable City is the reduction of carbon fuel use. Throughout most of the developed world, the average person uses seven metric tons of carbon a year, this includes all transportation and electrical needs. Sustainable City has reduced this number by more than half for its residents, who generate about three metric tons of carbon emissions every year, and it appears that the primary source of this pollution is automobile transportation. However, that number may fall even further. Villa owners receive a $10,000 incentive to buy their first electric vehicle while living in this eco-conscious community. Since the EVs would run on power made from the sun, they would effectively be carbon neutral. Sustainable City has no shortage of sunlight, thus solar power makes a great deal of sense. Every building has been designed with a solar roof. Residents park in a common carport which itself is canopied with freestanding panels. Altogether, the area generates 10 MWh of electricity. By utilizing passive cooling techniques for the villas, Diamond Developers made the most of that power. For example, all buildings are oriented northward and coated with UV-reflective paint. Cooling pods with solar-powered fans provide additional cooling and act as greenhouses for over forty varieties of herbs and small vegetables.

The community also reduces the need to import food by farming outside during the cool months of the year. Sustainable City produces vegetables as well as dates and figs. This is an important part of the journey to sustainability for Dubai, which imports nearly 80% of its food. Of course, that shipping process is highly carbon-intense.

A High Cost of Living

Sustainable City is centered around SEE Nexus, a unique company. This organization’s goal is to pioneer sustainable living through three pillars: social, environmental, and economic mindfulness. Not only does a green community need to be environmentally sound, goes the logic, but it also needs to function as a place where people want to live.

Socially and environmentally, Sustainable City is certainly succeeding. It’s an ecological revelation and people who live there love it. However, it is not affordable for most households. An average rental in Sustainable City can cost upward of $3,900 USD per month. Alternately, residents can purchase a villa starting at about $1 million. This is pricey even for Dubai, where the average rent for a one-bedroom apartment in the center of the city can run over $1,900 USD per month.

The high cost of living in Sustainable City throws some shade on the otherwise hot idea of a green community. Not only is it financially unreasonable for the average person to live there, but true environmental justice will have to be economically scalable. Unless most people on Earth adopt sustainable lifestyles and living spaces, then good faith measures on the part of the wealthy won’t be sufficient in size to address the problem of climate change. Unfortunately, most people on Earth – even those who are financially stable, middle-class members of first-world countries – cannot spend nearly $4,000 USD per month just on living space.

The people in charge of Sustainable City are clearly aware that eco-conscious living needs to be affordable; they address it directly in interviews and media. However, a possible compromise is on the horizon. If the Sustainable City idea takes off among urban planners, there are bells and whistles to the original design that architects of affordable green communities could remove or outsource to municipalities. Consider how Sustainable City handles greywater. The processing and use of this resource could theoretically be handled by a local government in much the same way that they already handle wastewater. Right now, Sustainable City is absorbing the cost of its own water management independently.

According to Karim El-Jirs, director of the Sustainable City Innovation Centre, rental fees cover amenities like street sweeping and mosque maintenance. Residents are obliged to do some plant care as well, presumably cutting down on the need for gardeners. It is easy to extrapolate this share-alike economic philosophy to hypothetical green communities elsewhere. Taken further, they could significantly cut down costs associated with cleaning, maintaining, and managing a sustainable community. However, this could require lifestyle changes that some residents would be reluctant to make. Building a green city may be easy, but changing the way people live there might be harder.

If the startup costs for an eco-conscious community are large – and, at $354 million, it appears that Sustainable City did overrun its initial proposed budget – then voluntary involvement from residents could go a long way toward making a green community project affordable. There is no shortage of interest in eco-conscious lifestyles right now, and many city-dwellers would either pay more or contribute time in exchange for a chance to live their values. In an age when younger generations face unique financial conditions and new obstacles, this desire to both move and to get personally involved in a green community might be contingent on that community’s affordability. Some city dwellers might be interested in a sustainable community that offers them a higher quality of life but may not have the time or resources to move or to personally contribute to community maintenance.

However, the Urban Land Institute has found that sustainable communities can be both socially feasible and inherently affordable if they’re planned as sustainable projects from the start. El-Jirs pointed out that early planning for sustainability kept Sustainable City’s construction budget under control. Since the Urban Land Institute’s study predates the Sustainable City project, it seems possible that the knowledge of how to create an affordable sustainable city was available when Diamond Developers started drafting proposals. This suggests that, despite the project’s emphasis on economic balance, Sustainable City was not constructed with affordability in mind. Instead, it seems likelier that it was created as a flagship product, a floor model for future communities.

The Floor Model Of A Sustainable Community

About 2,700 people currently live in Sustainable City’s 500 villas and 89 apartments. With a school, nursery, mosque, museum, and pool, the area is clearly intended for families with children. Visitors remark upon the quietude of the narrow streets, where children ride their bikes and play in the absence of traffic. Adults may get from place to place on foot, by electric golf cart, or by horse and buggy. There are stables in Sustainable City that are located in the same retail center that houses fitness facilities and public pools.

Absent luxuries like equestrian centers and high-end retail, it’s entirely possible that a green community modeled on Sustainable City could be within reach for the average person. However, it also wouldn’t be such a popular, fundable project, not likely to go viral or see high-profile media during its construction phase. Just like the first automobiles were toys for the wealthy, the first sustainable communities will likely remain most available to the most financially secure for some time. That doesn’t mean that the eco-friendly housing equivalent of a Toyota Camry isn’t in the future. Sustainable City could be what convinces developers that carbon-light planned communities are profitable, popular, and possible. Eventually, once developers are used to integrating green design in every project, the idea of designing green from the start could become canon, even for the most affordable of housing.

Changing The Face Of Dubai

Furthermore, the mere fact that Sustainable City is thriving takes the bad taste of Dubai’s earlier, failed eco-experiment, Masdar City, out of developers’ mouths. Sustainable City may be succeeding where the doomed Masdar failed because of its scale. Masdar City was meant to house 40,000 people immediately. While the idea was good, the 40,000 eco-minded Dubaians never showed up. Finding a crowd that large for any venture would be nearly impossible, much less when that project is a brave new reimagining of urban life. Sustainable City is smaller, a manageably-sized community that leverages newer technology and a more realistic initial goal. In some ways, it may be a good floor model for future developments. In others, it could be living proof that the key to sustainable communities is to stay small. The idea that a community could benefit ecologically by packing into a smaller space is already catching on. Planners have noted that the towns and cities that currently manage sustainability best tend to not exceed a population of 70,000.

Dubai, which features an indoor ski hill, has historically been a carbon-heavy city. Its population is well over 70,000. However, since 2006, it has adopted an ambitious carbon reduction plan. By 2050, it wants to get 75% of its energy from renewable resources. Sustainable City may seem utopian in concept, but it springs from a city where rapid growth – and rapid success – are par for the course. Dubai put skyscrapers in the desert. One year it was a fishing village and the next, a major international oil power capable of grand feats. If anyplace can take the idea of Sustainable City, scale it up, and make it functional across its society’s economic strata, then perhaps that place is Dubai.

Sustainable City is a pioneer, an example of the possibilities of green living, and proof that ecological friendliness does not equate to technological sacrifice. As it continues to make waves, the world watches. This could be the future of the planet’s most oil-wealthy city. If that’s the case, then we may be seeing the birth of a new school of urban design and development.